Social Media Fast: Disconnection is for a Better Reconnection! 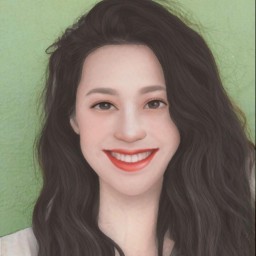 I created this site to share my knowledge of natural remedies and ingredients because I am a big believer in an organic lifestyle.
Our body is strong enough to rid toxins and maintain a balanced ecosystem by itself as long as we treat it smartly.
Note that I’m not just talking about food and exercises, I also aim to help you gain a healthy mindset – a mindset that will lead you to a positive and resilient life.

Chicory Coffee: Good for You? Benefits & Side Effects Revealed

Chicory Coffee: Good for You? Benefits & Side Effects Revealed

Sugar Detox: Sweeter Than It Sounds, or a Bitter Pill?

Sugar Detox: Sweeter Than It Sounds, or a Bitter Pill?

When is the Best Time to Drink Detox Tea? (According to Science)

When is the Best Time to Drink Detox Tea? (According to Science)

Can You Really Detox Through Your Tongue?(Secret Revealed)

Can You Really Detox Through Your Tongue?(Secret Revealed)

Social media fasts are becoming all the rage due to new reports concerning social media addiction and anecdotal stories about people becoming severely depressed or anxious in response to too much social media immersion.

So are social media fasts really necessary? Research says that yes, it is important to break away from social media for at least temporary periods. Too much social media can be toxic in the following ways:

Thinking about going on a social media fast? Read on to find out the reasons why you might want to undergo a detox from social media.

Social Media Can Be Toxic and Distracting

While it is one of the greatest advances in human communication in the past few decades, social media has simultaneously developed a reputation of being a negative influence in people’s lives, to the point that major cultural influencers have sworn off it entirely.

So what are some of the reasons social media is bad for you? Here are a few things to consider:

Research shows that most people spend at least two hours a day checking social media, and some people spend even more time than that.

Think about how much time you use checking Facebook that you could otherwise use to pursue your passions, get in shape, or connect face-to-face with the people that you care about.

Many people complain about there not being enough hours in the day to accomplish what they want to do, but in actuality, a lot of it is just poor time management as a result of things like overdependency on social media and other distractions.

If you regularly follow social media accounts on Instagram of Photoshopped celebrities and over-filtered beauties, it can cause you to have a negative body image even though these sorts of gorgeous people don’t actually exist in the real world.

On their social media accounts, people mostly only put their best foot forward, cherry-picking their lives for excitement and romance, so if you spend a lot of time stalking Facebook, you can start to feel like your life is inadequate in comparison.

The important thing to remember is that these social media accounts are an extremely filtered version of life, and people often hide their own insecurities and negative self-esteem through social media braggery.

You might have seen the satirical “thoughts and prayers” meme online that ironically shows how people casually respond to major catastrophes and social problems by a fleeting social media response.

Sharing a “thoughts and prayers” message on social media doesn’t actually help anyone, even though it might feel like it does for a brief moment. More than anything, it is a self-congratulatory gesture that makes the user feel like they’ve invested emotionally.

If a person is interested in really enacting a truly positive impact in society, they have to sign off Facebook and do it in the real world through volunteer work and political activism, not memes.

#3. Social media can make us meaner.

There is something about the anonymity of the Internet that can bring out the careless cruelty in people. It is so much easier to say thoughtless or heckling things when it can be done behind the screen of a computer.

It’s important to remember that in your social media messaging, there are breathing, bleeding human beings behind the online handles you are responding to, and that cyberbullying is increasingly becoming a factor in youth suicides and general grump.

So remember if you are going to use social media, please be kind and remember that social media accounts are real people, not bots, and words no matter how off-hand can have a lasting negative effect on others.

How many times have you laid awake in bed playing with Instagram or Facebook or Reddit on your phone, only to look up and realize that it’s nearly two in the morning and you have to get up for work in four hours?

The cyclical nature of social media lends itself to addictive behavior, and because it is a leisure activity many people engage in when they’re getting ready for bed, it can lead to irregular sleep patterns.

Take a social media fast, and you’ll understand how much sleep you were missing by staying up for one more cat photo or funny YouTube video.

The combination of the fear of missing out and the unrealistic expectations set forth by influencers on social media makes people feel powerless and inadequate in their own lives.

This, in turn, can lead to increased levels of anxiety and depression in people who overuse social media.

If you find that looking at your friends’ Facebook accounts makes you feel resentful and hollow or anxious about your own life rather than happy for your friends, you’re probably looking at social media induced depression and anxiety, and it’s time to step away.

Ways to Have a Successful Social Media Fast

There are a few tricks for successfully surviving a social media fast without caving and logging back into your accounts.

Here are some of the ways you can reinforce your social media fast so that you don’t go crawling back to it prematurely.

#1. Set a predetermined amount of time for your social media fast and stick to it.

This time period can be anywhere from a day to a month, depending on how serious you are about breaking loose from social media.

#2. Delete all social media apps from your phone.

Not only do these apps constantly send notifications, which triggers your brain to return to the social media website in a very strong way, removing them can remove the temptation to log in “just for a minute.”

You can always re-download these apps very easily when your social media fast is over, and you’re back to check your accounts.

Like deleting your phone apps, signing out of your social media accounts introduces an extra step in checking your social media, which can serve to reinforce your decision to not get on it.

If you are always signed in on your social media, it’s all too easy to check back in for just a minute, only to look up a few hours later and wonder where the time went.

Once you break your fast, it’s harder to get back on the wagon, so be vigilant about this.

#4. If you can’t control yourself, time management Apps can help

If you would like to have a dose of discipline to help you take off for your social media fasting trip, you may reach out to apps such as “Freedom” and “Cold Turkey Blocker”. These apps can be installed either on any of your devices.

These time management apps can keep you from mindlessly refreshing your social media feeds, but still gives you access to them in small, more meaningful doses.

Social Media Fasts Can Be Good for You

If you decide to undergo a social media fast, it’s important to remember that it doesn’t have to be forever. Social media is an important part of modern society, and it’s not going away anytime soon in the foreseeable future.

But it’s becoming very apparent that at least taking temporary breaks from social media can be very good for your health and happiness, at least according to the people actively doing it.

Verdict: Take A Break from Social Media for Yourself

Taking a fast from social media every once in a while is almost always a good thing, so deciding to step away for a few days or weeks might just give you some fresh perspective on your life and how you effectively manage your leisure time (or not).

Because extended exposure to social media can lead to so many problems with mental health, sleep, and psychological happiness, taking a break is a smart idea for everyone who uses it.

I created this site to share my knowledge of natural remedies and ingredients because I am a big believer in an organic lifestyle.
Our body is strong enough to rid toxins and maintain a balanced ecosystem by itself as long as we treat it smartly.
Note that I’m not just talking about food and exercises, I also aim to help you gain a healthy mindset – a mindset that will lead you to a positive and resilient life.

Do You Poop A Lot When Detoxing? This is What You Can Expect…

10 Fast & Effective Ways to Remove Acidity from Your Body